‘Tis Better to Give Than Receive

Local elementary students learned a valuable lesson just before school let out for Christmas break Tuesday – it is better to give than to receive.

The fourth and fifth grade students at Curtis Elementary School were surprised with a visit from their dear friend Denise Bankston, or Mrs. Deedee as the students know her, who brought them an early Christmas present. 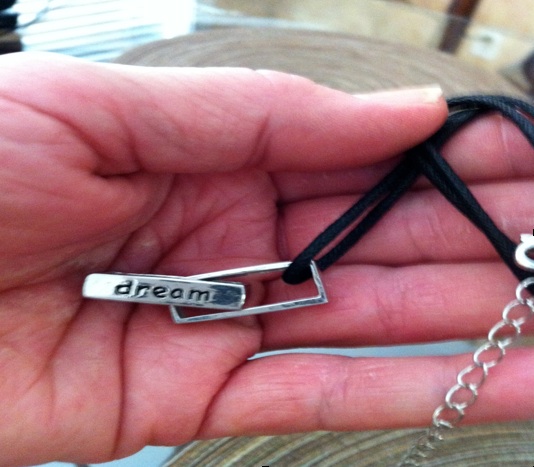 Bankston, owner and President of DeeDee’s Oil Patch, LLC  in Shreveport, purchased each student, teacher and staff a silver necklace through the Greater Good Network.  The necklace features interlocking charms, each with a word engraved on it – Dream, Wish. Believe. Receive.

For each necklace purchased, 25 cups of food will be sent to people around the world to feed the hungry.  According to the Greater Good Network website, funds are divided between Mercy Corps Feeding America, and Millennium Promise.

While visiting each classroom, Curtis Elementary principal Sherri Pool introduced Bankston, her longtime friend, and gave a brief explanation of just how important she is to their school.

Their friendship began in 1996 when Bankston’s son, J.T. Taylor, walked Pool’s fourth grade class at Apollo Elementary.  J.T. had both dyslexia and dysgraphia when he entered Pool’s classroom.

She tutored him and nurtured J.T. through fourth and fifth grade, which did not go unnoticed by Bankston.  As a way to show her appreciation, Bankston has given more than $60,000 to Curtis Elementary for new technology, including interactive white boards and laptops.

She also paid for eight Bossier Parish educators to attend a week-long workshop at the world-renowned Landmark School for children with learning differences over the summer.  A-Kids-Choice Foundation, Bankston’s non-profit organization, sponsored the educators from Curtis, Legacy and Meadowview Elementary Schools to travel to the North Shore of Boston, Massachusetts and have since brought their knowledge back into their classrooms in Bossier Parish.

Pool said Bankston’s remarkable actions have truly made an impact on the students at Curtis Elementary.  For the fifth graders, there was incredible excitement as Bankston walked into their classroom.

Fifth grader Destiny Darby said Mrs. DeeDee holds a very special place in her heart.  “I won’t know what we would do without her, “ Darby said. “She’s like a mother to me.”

However, fourth graders met Bankston for the very first time Tuesday.  Although they were told stories about who she is, Madison Hurst said it was nice to actually meet her.  She’s a loving and caring person,” Hurst said when describing her first impression of Mrs. DeeDee,  “I can’t wait until she comes back to see us again.”

The students quickly opened their individually wrapped present and were eager to put it on.  The necklace also has a special meaning for J.T., now 25-years and a college graduate, as well.

He once dream of becoming a professional basketball player.  His wish is for each student to grasp what the necklace truly means and to continue to work hard in order to get the best education possible.

J.T. believes that A-Kids-Choice Foundation will bring help to the south and benefit the children who were just like him many years ago…a young boy who happened to walk into the right classroom at the right time.